Michael James Smith is a landscape artist located in a small village on the outskirts of Chelmsford, a city in England, where he lives with his wife and three children.

Michael was inspired to paint by his father, who is also a landscape artist.  As a child, Michael would often sit with his father and enjoy spending time painting with him. Although Michael’s father provided invaluable advice and instruction on how to paint, he soon developed his own style.  Much of Michael’s time as a teenager was spent visiting his father’s exhibitions, where he would stand alongside his work and listen to the comments and discussions from fellow art enthusiasts.  It  gives Michael great pleasure to see the enjoyment people take from both his and his father’s art and he considers himself extremely lucky to be a full-time artist.

Michael decided to follow his passion and continue with his love of art once he left school, initially studying fine art at college, then from the age of 18 joining his father in his studio at his then family home. Michael has shared a studio with his father ever since and immensely enjoy his company whilst they are painting. You’ll often see Michael’s father in the background when Michael is filming his oil painting demonstrations.

Michael’s landscapes are painted using oil paints, with some use of acrylics during the initial phase. He immensely enjoys developing his distinctive photorealistic style by paying attention to every detail. Michael’s reference material is very often taken from a photo he has taken whilst on his travels, both close to where he lives and further afield. 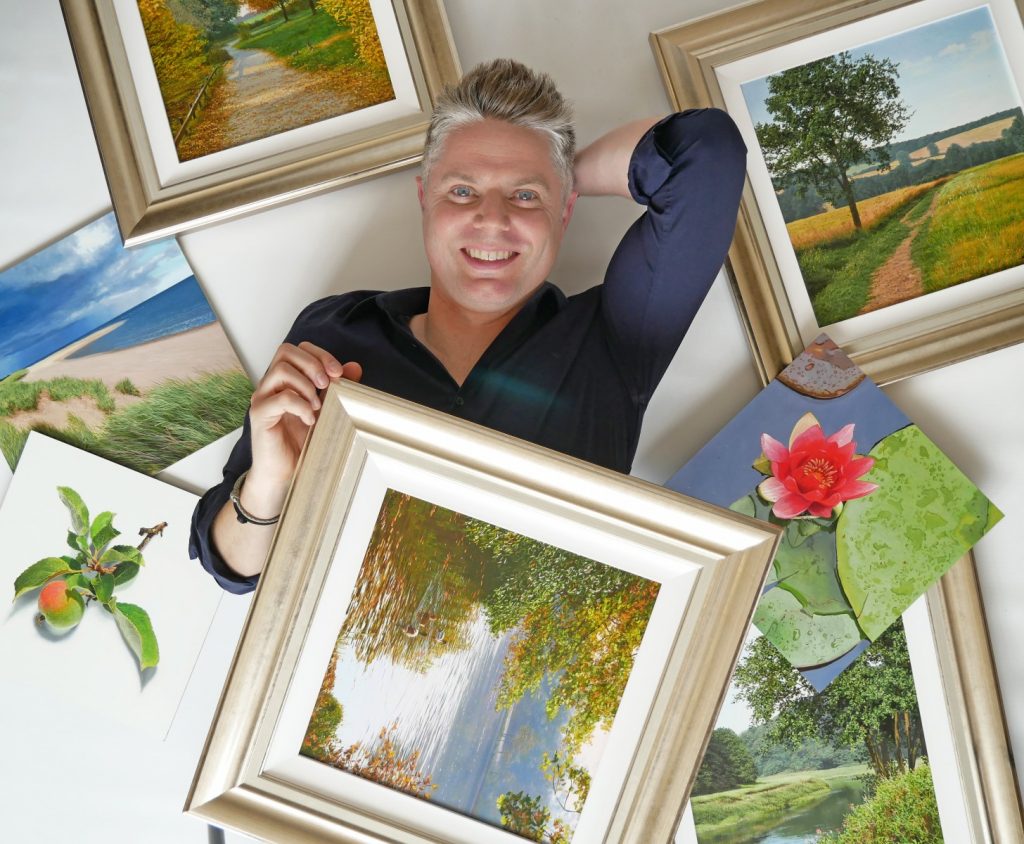